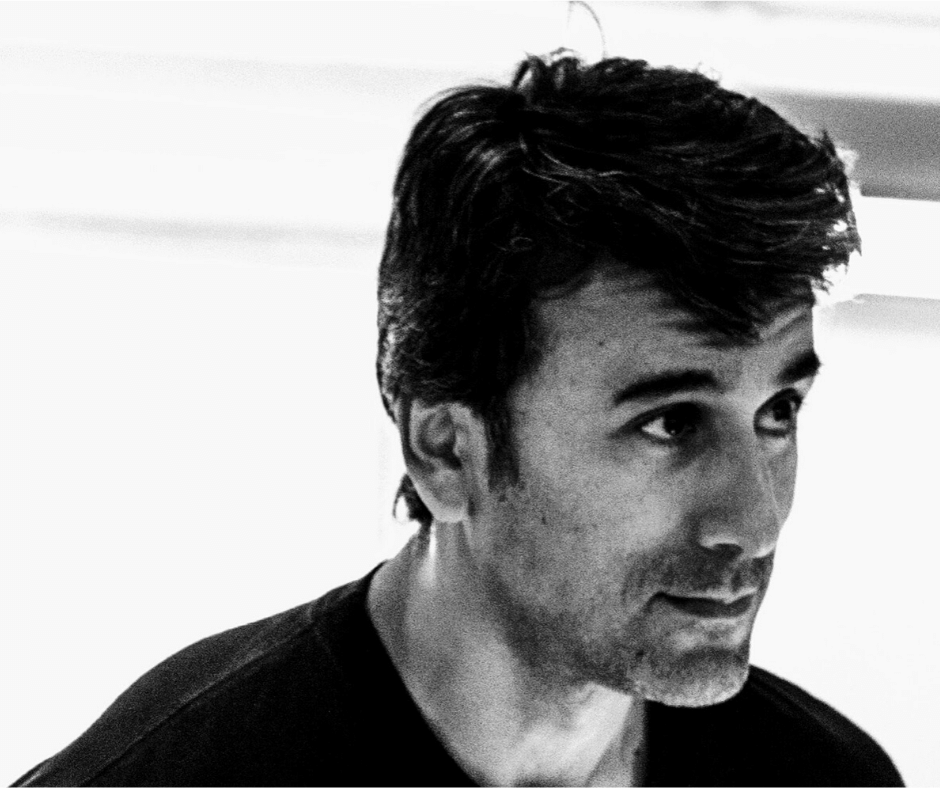 Artistic Director Luis Dominguez began his ballet training in Mexico City under Sonia Casteñeda and Francisco Martinez, both former principals of The National Ballet of México.
Mr. Dominguez received full scholarships to study in New York at Dance theatre of Harlem and Alvin Ailey American Dance Theater, where he studied under such figures as Arthur Mitchell, Alvin Ailey, Frederick Franklin among many others.
In 1988 Mr. Dominguez joined Dance Theatre of Harlem where he became a Soloist.
During the eighteen years of touring and working with the company, Mr. Dominguez performed in the most prominent theaters in Europe, Africa, Asia, South America, as well as the United States. He has worked with the some of the most prominent names in the dance world today and is proud  and passionate to bring that transforming information to the Lexington Ballet Company and School.
After a National Search Luis became the Artistic Director of the Lexington Ballet in 2003 and since then has choreographed numerous original works and collaborated with many arts organizations. He has brought to Lexington principal dancers from some of the most prestigious companies around the world and has created signature programs that elevate the standard of dance in our community.

Meghana Bendre began her training at The School of Dance West Ballet in Naperville, Illinois. She attended Regional Dance America festivals throughout her years at school. Additionally, Meghana furthered her training at summer programs with the Kirov Academy in DC, Bolshoi Ballet Summer Intensive in NYC, and the Milwaukee Ballet Summer Program under scholarship. In 2022, Meghana graduated Cum Laude with a Bachelor of Fine Arts in Dance Performance and a minor in Education from Butler University with highest distinction. While at Butler, she was recognized with the Jordan College of the Arts Deans Scholarship and the Peggy Dorsey Memorial Ballet Scholarship. She has had the opportunity to perform corps, demi-soloist, and soloist roles in Butler Ballet productions. Her most notable performances, while at Butler, include Giselle in Giselle, Waltz Girl in George Balanchine’s Serenade, the Sugarplum Fairy and Mirliton’s lead in The Nutcracker, as well as Pas de Trois des Odalisques in Le Corsaire. Meghana is looking forward to the upcoming season with the Lexington Ballet!

Kayleigh Western is from Lexington, Kentucky and has been dancing for 20 years. Her training began at the Lexington Ballet in 2002 and continued both there and at the School for the Creative and Performing Arts until 2015. In 2015, she became one of the inaugural students of Cary Ballet Conservatory’s Professional Training Program under the guidance of Mariaelena Ruiz. During her time at Cary Ballet Conservatory, she competed and received recognition in many competitions, such as Youth America Grand Prix, World Ballet Competition, and American Dance Competition. As a result of her success in these competitions, she was selected to be featured in Pointe Magazine and photographed for the cover of Dance Teacher Magazine. During her summers, she had the privilege of working with renowned dancers while attending summer courses at Pacific Northwest Ballet, American Ballet Theatre, Boston Ballet, Next Generation Ballet, and Ballet Chicago, many on scholarship.

Kayleigh has since danced with the Louisville Ballet, where she performed soloist roles in both classical and contemporary works choreographed by George Balanchine, Stanton Welch, Ronald Hynd, and Val Caniparoli, among many other esteemed choreographers. After a year of free-lancing, she is thrilled to return to the Lexington Ballet as a company member.

Janna Turner, an Eastern Kentucky native, was first professionally trained at the Kirov Academy of Ballet of Washington, D.C.. In 2015, she undertook training at the prestigious Houston Ballet Academy for two years. After, as a trainee with Cincinnati Ballet, she performed corps roles in notable works such as Victoria Morgan’s The Nutcracker, George Balanchine’s Walpurgisnacht, Septime Webre’s Peter Pan, and Devon Carney’s The Sleeping Beauty. She then joined De la Dance Company, performing soloist and corps roles in classical ballets including Paquita, La Bayadère, and Swan Lake. She now returns to Kentucky to dance with Lexington Ballet for the 2022-2023 season.

Haley Mauldin was born in Aspen, Colorado, and started taking dance classes at the age of 2. She later moved to Encino, California where her training continued with Los Angeles Ballet Academy until 2018. Under the direction of Andrea-Paris Gutierrez, Mauldin completed all Royal Academy of Dance examinations with Distinction, and the ABT National Training Curriculum Level 7.

In 2018, Mauldin was accepted into Pittsburgh Ballet Theatre’s Graduate Program, where she received four years of training under the direction of Janet Popeleski, Marjorie Grundvig,  and Dennis Marshall. She had the opportunity to perform excerpts of ballets such as Divertimento No. 15, Serenade, Raymonda, Terrence Orr’s Nutcracker, Giselle, and Susan Jaffe’s Swan Lake. Haley is thrilled to be joining Lexington Ballet Company for its comeback season!

Duncan has had a love of ballet since the day he started dancing at the age of two. He began serious training at the Nutmeg Ballet Conservatory, under Victoria Mazzarelli and Tim Melady. At the Nutmeg, he performed excerpts from classical ballets, such as Don Quixote, Coppelia, and Le Corsaire. After graduating, he became a trainee at Tulsa Ballet, where he performed in Ma Cong and Val Caniparoli’s The Nutcracker and Annabelle Lopez Ochoa’s Vendetta: A Mafia Story.

Alex was born and raised in America to a French father and American mother. He began training in various kinds of dance as a teenager, before pursuing a  classical dance education alongside his Bachelor’s degree of Fine Arts at Northern Kentucky University. He graduated summa cum laude in 2020 with a degree in Dance Performance after completing an abroad year of study in Israel, at the Jerusalem Academy of Music and Dance of Hebrew University. He has studied at various ballets in the Midwest, such as BalletMet Columbus, De La dance company, and the Lexington Ballet. Alex Bellocq has joined the Lexington Ballet as a company dancer for the ‘22-‘23 season.

Gianna is in the class of ‘25 at Lexington Catholic High School.  This is her ninth year attending Lexington Ballet Company.  Gianna loves going to ballet and being taught by amazing and inspiring instructors.  Lexington Ballet has taught her many lessons that will help her in the future.  She has been in multiple performances including Midsummer Night’s Dream, Jungle Book, Alice in Wonderland, numerous Nutcracker shows and many more.

Cate is in the class of 2025 at Lafayette High School. This will be her 11th year dancing at Lexington Ballet. Cate attended middle school at The School for the Creative and Performing Arts – SCAPA – as a ballet major and continues in the SCAPA ballet program at Lafayette HS. She has attended many summer intensives at LBC and numerous master classes and workshops under notable instructors including David Reuille, Elena Bartley, Sergey Reyevsky, Mariaelena Ruiz, Alvin Ailey School, NYCB, and Skylar Brandt of ABT. She has danced in many LBC performances including Midsummer Night’s Dream, Snow White, Cinderella, Jungle Book, The Tales of Beatrix Potter, and various Nutcrackers. Cate is most thankful for her amazing teachers who have taught her so well, help support her dreams, and treat the students like family.

Siiri Ensmann is in the class of 2025 at the Liberal Arts Academy at Henry Clay high school in Lexington.  They began dancing at Lexington Ballet when they were three and have been studying ballet for eleven years including a year at Ponsonby School of Dance in Auckland, New Zealand and a year at Tähtvere Tantsukeskus in Tartu, Estonia.  They have performed with the Lexington Ballet in the Nutcracker, The Magical Tales of Beatrix Potter, and the  Jungle Book with a variety of roles: spanish, a rat, and many more.

Evelyn Hruby is in the Class of 2024 at Lafayette High School and has been a student at the Lexington Ballet School since the age of six, where she has danced in several productions, including Coppelia, Snow White, The Nutcracker, and Alice In Wonderland, among others.  She has attended summer intensives at American Ballet Theater, The Ailey School, The Cary Ballet Conservatory, and The Lexington Ballet.

Payton is in the Class of ‘25 at West Jessamine High School pursuing the biomed pathway. She has been a student at Lexington Ballet since 2018 and most recently attended Butler University Ballet Summer Intensive in Indianapolis. Payton’s previous summer intensives include Cincinnati Ballet, American Ballet Theatre, and Lexington Ballet. She has attended numerous workshops and conventions including Duncan Cooper Winter and Summer Workshops, 24/7, NUVO, and Revel Dance Conventions. Payton was chosen to be a Pro-Reveler with Revel Dance Convention for the ‘21-’22 season. She is a part of Francisco Gella’s Preprofessional Dancer Institute Class of ‘20 and ‘21. Payton has performed in Ballet Under the Stars and The Nutcracker with Lexington Ballet.

Addyson is in the class of 2026 at the School for Creative and Performing Arts at Lafayette High School as a ballet major. She is also in the Pre-engineering program there as well. Addyson has been dancing at the Lexington Ballet since 2020. This is her 14th year of dancing. She has attended many summer intensives at LBC and numerous master classes and workshops locally. She has danced in many LBC performances of Nutcracker and most recently Snow White. Addyson loves the environment at LBC where students’ love of ballet is fostered by the talented and supportive faculty.

Anna is in the class of ‘26 at Lafayette High School. She attended middle school at the School for Creative and Performing Arts (SCAPA) as a ballet major and continues in the program at Lafayette.  She started dancing as a student with Lexington Ballet Company at the age of 6. Anna has attended summer intensives and master classes at LBC and Cary Ballet under notable instructors including Elena Bartley and Mariaelena Ruiz. She has danced in many Lexington Ballet performances including Midsummer Night’s Dream, Cinderella, Jungle Book, The Tales of Beatrix Potter, Snow White, and numerous Nutcracker performances. Anna has also performed in various SCAPA and Ballet Under the Stars productions.

Joselyn was 6 months old when her parents first noticed her sense for rhythm and musicality. When she started walking at 9 months old, dancing followed soon after. She started formal dance instruction as a 2 year old, and declared at age 7 that she only wanted to do ballet. It was at that point that she joined Lexington Ballet School to receive more training as a ballerina. Joselyn has since grown under the instruction of incredible teachers and mentors such as Nancy Dominguez, Luis Dominguez and Ayako Lloyd.

Going into her 7th year with Lexington Ballet and 12 years of ballet instruction, Joselyn has danced in many productions such as Snow White, The Jungle Book, The Tales of Beatrix Potter, Cinderella and the Nutcracker. She has also participated in various Ballet Under the Stars productions through Lexington Parks and Recreation.

At least 18 years of age by July 1.
High-school graduate by July 1.
Injury-free for the last year.
USA citizen or proof of appropriate work visa for employment in the United States.

Email Luis Dominguez or use the “register” link below to sign up for an audition master class with the Luis and Nancy Dominguez.
Registered applicants will be contacted to provide a head shot, resume or CV, and photo of ID. Audition day and time will be confirmed after review.

An iconic destination that showcases all the best Kentucky has to offer. Vogue, Zagat, Lonely Planet, Newsday, TripAdvisor and even Dating.com herald Lexington as a “must-see” destination on the rise.

“Lexington Ballet is where my dreams came true. Dancing professionally in the company for a decade has taught me to always be disciplined, to be inspired, and the importance of giving back to the community. The incredible experience with the company and the opportunity to teach at the school has shaped me into who I am today. “